The Tyranny of Originality 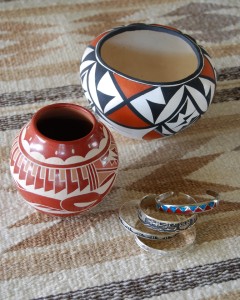 Native American artists put less emphasis on originality than most Western ones. They prefer a pot or a rug that is well made and follows the traditions than one that breaks the mold in displeasing or incompetent ways. In contrast, many western artists prize innovation over all else. It’s this instinct that leads to the celebration of such abominations as Marcel Duchamp’s “Fountain” and Piero Monzoni’s “90 Cans of Excrement.”

Writers have been less prone to revere bad works, but still do insist on a spirit of creativity that breaks molds and forges new genres (many of which fail to satisfy the casual reader). Literary folks will say they’re unappreciated, but I wonder. Maybe works are unpopular because these new models don’t work. Old formulas are compelling because they work. Why else would people continue to enjoy police procedurals, surely one of the most over-used plot devices in art?

What got me thinking about this is the new Bond film “Skyfall,” which adheres to most of the conventions of the genre (M, Q, shaken not stirred, a bedded Bond girl), but which is satisfying nonetheless. Maybe a convention done well can be just as satisfying.