They Tell Me You Are Brutal

And they tell me you are brutal and my reply is: On the faces of women and children I have seen the marks of wanton hunger.

Rose Marie Hernandez awoke with a headache, but not an average headache. This one wrapped from her eyebrows to the base of her skull, compressing her brain until it felt ready to leak from her eyes, nose, and ears. Plus, her belly hurt, right where the baby lay against her bladder. Three times already she’d risen in the night to pee, only to release a few weak droplets and return to bed with the urge intact. Her first pregnancy had gone so much smoother, without all the fatigue and nausea that made it difficult to care for herself, let alone her child. 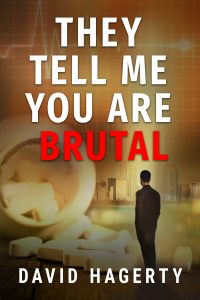 Through the walls of the duplex, she heard her neighbor’s television playing static. The old man next door often slept in his chair (an empty fifth of scotch on the armrest, no doubt) even after the networks had regressed to white noise. She tried to block it out, but the buzz vibrated through her temples. Then a plane passed low overhead, a reminder that her husband, CJ, needed to awaken soon. He worked the early shift at O’Hare, moving baggage from one conveyor to the next, which left him exhausted but allowed her to stay home and be a mom.

She tried rubbing her temples but found the pressure irritating. Then she closed her eyes and imagined the blood flowing to her aching skull, yet with each heartbeat the pressure built. What else had her doctor recommended: neck rolls and shoulder shrugs? Something impossible while lying down. Most nights, the best release came from a good orgasm, only she didn’t feel right serving herself with CJ right there. However, since taking the early shift, he never wanted to when she woke him.

He lay still except for a twitch that told her he was enjoying a good dream, probably about some stewardess unencumbered by forty extra pounds and a bowling ball jammed up inside her. The girls at the airport always cooed and smiled when they saw her waddling through the terminal to meet him, but behind their grins she saw rapacious sexuality. He, of course, dismissed it as hormonal paranoia, assured her that no other women coveted him, but he didn’t understand the female psyche. Young women craved danger and excitement, in all its forms, whether a greasy biker or a married father. 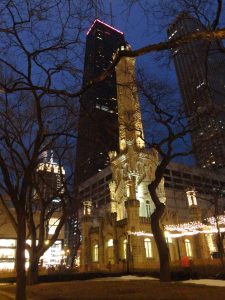 Still, all this rumination wasn’t helping her headache, so one last time she rolled to the bedside and dug in an elbow to raise herself, stomach first. In the blue light of predawn, she stood swaying and woozy, waiting for coherence to return. Instead she felt only the damp weight of her flannel nightgown, redolent of her night sweats and premature lactation. After probably a minute, she resigned herself to the vertigo and padded down the hall, trailing her fingers on the wall for balance.

Outside her daughter’s room waited a backpack with ballet slippers and tutu. Gloria practiced right after school, only if this headache persisted, Rose Marie could never sit through an hour of pirouettes and arabesques. Ever since she’d seen the Nutcracker at Christmas two years before, the girl had become obsessed with the sport. Classes and recitals cost as much as their food budget, and still she needed private lessons to keep up. If the child didn’t turn into the next prima ballerina, no one could blame her parents.

Rose Marie trudged toward the starburst of the nightlight in the bathroom, which in her current state felt blinding. Inside the medicine cabinet lay every imaginable powder and gel to make one look prettier (though after marriage and children and turning thirty, that mattered far less to her), yet no bottles of aspirin. To look under the sink, she executed a deep-kneed squat but again found only more useless potions. At last she reached the aspirin, far in the back of the bottom drawer, then recalled that her doctor had forbidden her from taking any during pregnancy.

Above the toilet, a small picture of the Virgin Mary beamed at her. As always, the Savior’s mother looked beatified with a golden halo, her naked child laid upon her knee. Did she too suffer the pains of pregnancy, or did God spare her those indignities as reward for her purity? Surely the vessel of man’s salvation could be absolved of Eve’s sin. 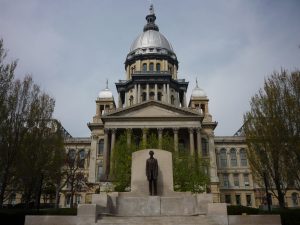 No angels offered deliverance to sinners, though, so she returned to the hall closet, where a half-dozen shelves teetered with towels and bottles and junk (what else could she call a squirt gun shaped like a duck?). With one hand on her belly and the other on the doorframe, she squatted to see past the antacids and cough medicines, but the light from the bathroom reached only the front half, and no doubt the one pill she could take lay behind all the others, where she’d left it following her last bout of migraines two years ago. Silently, she prayed that it hadn’t expired.

After releasing her belly, she pushed aside two vials of cough syrup, sticky with runoff, and a tube of hemorrhoid cream (at least the gods of reproduction had spared her that indignity) toward a promising container in one corner. It wasn’t the medicine she recalled or expected, the glue on its box still affixed, but the label promised “quick relief from headache, backache, or fever,” and the top twisted off easily. The blue capsules inside looked little different from any other pills, but they passed without choking her, and she found the gelatin aftertaste oddly reassuring.

For a long moment, she stood in the closet doorway, waiting for relief, and when it didn’t come, she swallowed a second pill. Then she reversed her previous path—a hard shove off the molding to get herself upright, a dozen steps back to the bathroom to extinguish the light, and a dozen more back toward the bedroom.

Halfway, she paused and gripped the wall for balance as a new sensation overcame her: a searing pain in her stomach that rose toward her throat like vomit. Only she’d expelled all her dinner, and this time a bubbly foam coated her mouth.

Her last thought as she fell was of her unborn child, so she twisted to absorb the impact with an arm, an elbow, anything but her belly.