May 12, 2022 / davidhagerty
Check out my latest story in Mystery Tribune. It’s a jail tale inspired by my time ear hustling inmates seeking favor from the institutional docs. Thanks to Mystery Tribune for putting it in print.
https://mysterytribune.com/the-pain-you-cannot-treat…/ 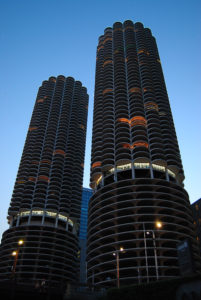 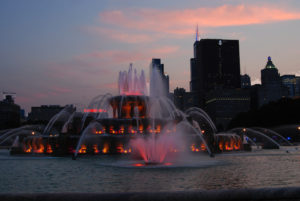 April 15, 2021 / davidhagerty
So excited that Mysti and Berry Content have committed to another edition of Low Down Dirty Vote, this time inspired by all the racially-charged efforts at voter suppression. I’m already at work on my submission, a tale of assassination, graft, and dirty-politics in the Windy City.
Read the Mother Jones article on all the latest skulduggery

Over the last few weeks, I created a video preview for Low Down Dirty Vote II, a fundraiser to halt voter suppression. The short fiction anthology includes my latest story about Duncan Cochrane and his role in trying to get the ERA passed. The book is due for release July 4, but if you’d like a preview, and to see my editing skills, take a look.

Who has the Right to Write?

All the recent controversy about American Dirt has sparked an ongoing debate about who has the privilege to write about a culture. Does one have to be a member of a particular racial/ethnic/religious group, etc., in order to represent it in words?
I feel strongly not. I’ve read a number of books where all the characters check the same demographic boxes as the author (for example, young, privilege white boys at a private prep school), and they are almost universally dull and myopic. I credit authors who represent people unlike themselves. During my career, I’ve purposely written from the POV of women, African-Americans, gay people, and most recently Native-Americans. That is one of the great challenges in fiction: to take on the perspective of another.
To deny authors that right, even if they come from a privileged group, is to reduce all fiction to thinly veiled auto-biography.
The question should not be whether an author is entitled to depict a particular person but whether they did it well.
As to American Dirt, I haven’t read it yet and can’t comment on its success in that regard, but I respect the effort.

A Favorite Holiday Tradition in Chicago

All my favorite Christmas traditions in Chicago occurred at Marshall Field’s, the city’s flagship department store on downtown’s State Street. They had the best window decorations, the biggest indoor Christmas tree, and — my favorite — the Frango mints. While the first two customs endure, the last passed away after the store sold out to Macy’s. A sad passing…

This week, I fired AAA as my insurance carrier after they denied me an umbrella policy. They claimed that my side gig as an author made me a bad liability risk. This after checking my website and seeing that I speak a couple times a year about my work. The tone deaf customers service rep I was speaking to had no idea why I’d take offense at such discrimination.

Reader for Books 3 and 4

Finally found an appropriate reader for the third and fourth books in my Duncan Cochrane series. He’s got a good, deep voice fitting to the genre and doesn’t feel the need to stretch into falsetto for the females. We’re currently scheduled to release Brutal in late March and Cunning in June, both on Audible, but I’ll keep this page updated as we draw close.

Every time I return to Chicago, I have my to do list:

Bike along the lakefront

For my latest stop, I did all four…

A New Story in Alfred Hitchcock

Which is to say, the 1920s had a bonanza of good slang, mostly related to alcohol. Prohibition not only drove drinkers underground into speakeasies, it also invented a whole new vocabulary for the illegal pleasures.

This provided one of several inspirations for my latest story, “Drinks at the El Navajo,” which appears in the new edition of Alfred Hitchcock’s Mystery Magazine.

To read more, sign up for my newsletter at the bottom of the page…